A boys' own adventure

This is a story of two heroes who spent their school days at Brighton Grammar School. Andrew Keith Jack (BGS 1897-1903), known as Keith, and Lionel George Hooke (BGS 1905-1912) became members of a support party in an ill-fated Antarctic expedition.

In the first decade of the twentieth century stories of Antarctic heroes were fascinating for boys with a sense of adventure. In 1914 Sir Ernest Shackleton planned the first expedition to cross the Antarctic continent from the Weddell Sea to the Ross Sea. En route they would call at the South Pole, which earlier explorers had reached, but no one had crossed the continent. Shackleton and his party sailed from Rio de Janeiro on the Endurance and the task of the support party was to provide a series of staging camps along the second half of their proposed crossing. The Endurance became trapped in pack ice, was crushed and sunk and Shackleton’s party was forced to camp on an ice flow before being rescued. 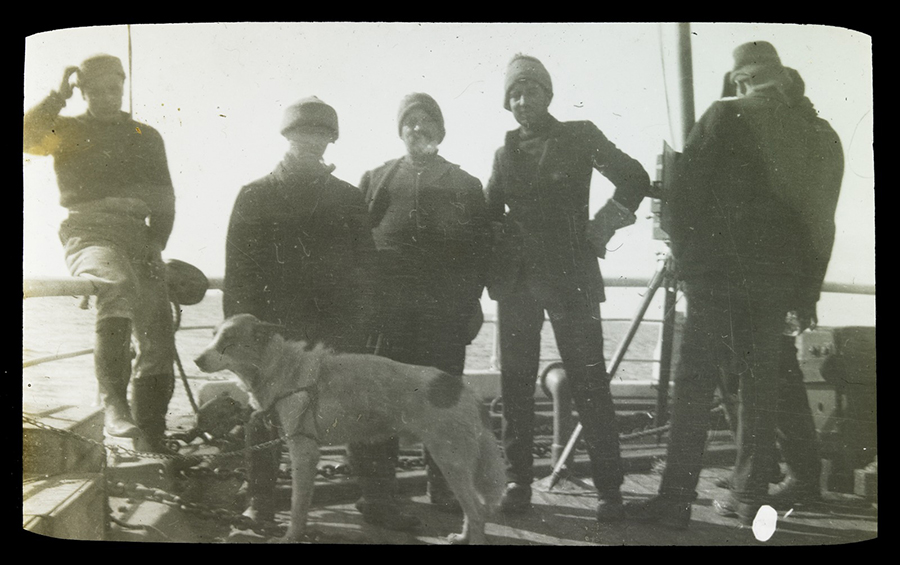 At Brighton Grammar School Keith excelled in sports, was keen on poetry, which he quoted and composed, and became a fly fisherman and bushwalker. He later graduated with a Master of Science from the University of Melbourne, the first Old Boy to achieve this honour. In 1912 Keith became a science lecturer at Dookie Agricultural College where he was ‘practical’, advocated higher education for women and became proficient in handling a boomerang.

Lionel, a last minute appointment to the expedition, was not outstanding academically nor sport-minded at school, although he did rise to the rank of sergeant in the Cadet Corps. He pursued an unusual hobby for a schoolboy at the time, listening to wireless traffic and keeping his friends up to date with marine activity. In 1913 at the age of seventeen Lionel became an employee of the Marconi Company with a view to studying marine wireless technology. Almost immediately after he joined, Marconi and Telefunken agreed to merge their Australian interests in a new company: Amalgamated Wireless (Australasia) Limited (AWA). 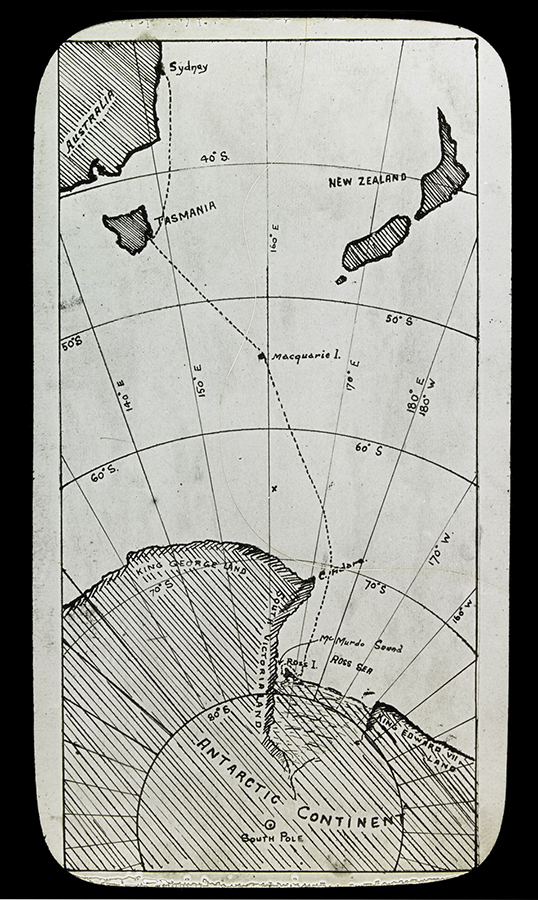 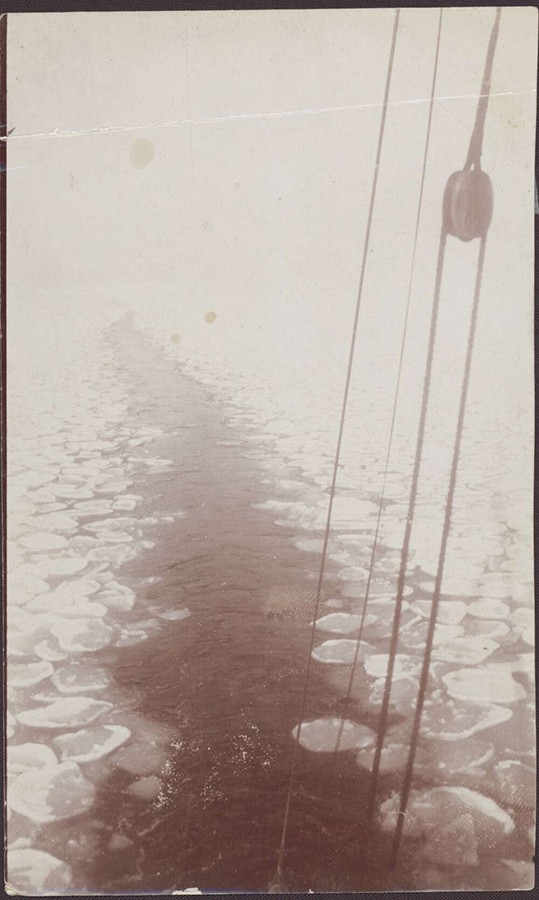 On Christmas Day 1914 the support party, which included Keith and Lionel, sailed from Hobart on the Aurora. Their destination was the Ross Sea Ice Shelf where they were to establish food depots for the Shackleton party as they came across from Weddell Sea. From the outset there were insufficient funds to outfit the expedition. The ten members of the support party had inadequate food supplies, and poor quality clothing and tents. Both the men, and the huskies needed to help pull the sledges, had insufficient training. Keith undertook the roles of meteorologist and chief seal catcher, a vital function for supplying meat and blubber which provided oil for the primus and fuel for the heater. He also led parties to search for food-caches left by previous explorers.

After one hundred and twenty-nine days of sledging, the support party returned to find that a severe blizzard had torn Aurora’s anchors and the rudderless vessel was blown out to sea. The Aurora was immobilised by the ice for months until finally it floated free. In the Aurora’s pantry was a primitive two-kilowatt Telefunken radio transmitter-receiver with a range of about two hundred miles. The transmitter had been installed in a hurry and Lionel laboured for ten months on the Aurora endeavouring to establish contact with the outside world using this inadequate equipment. He improved and repaired the damaged antennae and was able to transmit a message nine hundred miles on an apparatus that normally reached only two hundred miles. With remarkable determination Lionel maintained a radio watch and in March 1916 successfully contacted New Zealand and Tasmania. They were not rescued until 10 January 1917 by which time three of the party had perished. 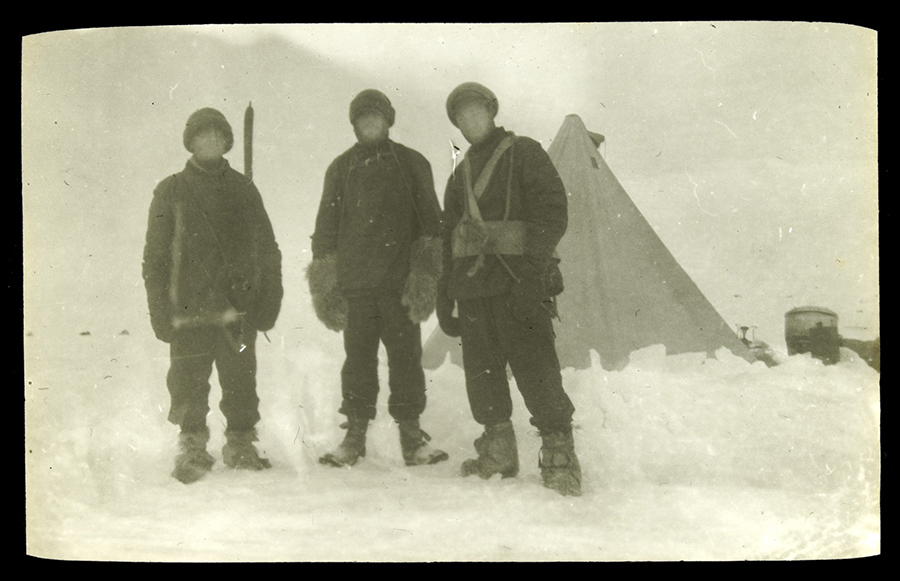 Shackleton wrote: ‘They were just about the wildest looking gang of men I have ever seen in my life. Smoke-blurred eyes looked out from grey, haggard faces. Their hair was matted and uncut beards were impregnated with soot and grease. Their speech was jerky, semi-hysterical and at times was unintelligible.’

The Aurora was towed to New Zealand and repaired. When the explorers returned to Melbourne the world was at war and both Keith and Lionel enlisted. Keith, with his science background, volunteered for the AIF but was drafted to the munitions factory in Maribyrnong where he became the head of this department during World War 2. Keith was elected a Fellow of the Institute of Chemistry and a Fellow of the Royal Australasian Chemical Institute. Lionel joined the Royal Naval Volunteer Reserve in England. He became a deck officer on submarine chasers, commanded rescue tugs, and served as a pilot of both aircraft and airships in the Irish Sea and the Atlantic. After the war Lionel re-joined AWA where he rose through the ranks to become Chairman of Directors. In 1957 Lionel received a knighthood. Both Brighton Grammar School boys were awarded the Polar Medal.