Few sports can be more closely identified with an Australian summer than cricket, and early Brighton settlers wasted little time in getting their favourite sport under way. Indeed, at its foundation in 1842, Brighton Cricket Club was only the second such club in Australia, the first being the Melbourne Cricket Club..

Brighton Cricket Club was launched on 25 November 1842 with a match against the Melbourne Cricket Club organised by Henry Dendy, who had arrived in Melbourne early in 1841, and his agent Jonathon B. Were. Brighton had a population of some 300 white settlers and an unknown number of Aboriginal people, while Melbourne was able to draw on its much larger population of around 3000 settlers. Yet already informal cricket matches had attracted crowds to picnics in Brighton, and The Herald newspaper predicted that Brighton would be the winner of this historic match because its team had practised daily, pitching their wicket ‘in a crossroad without care for the surface’. 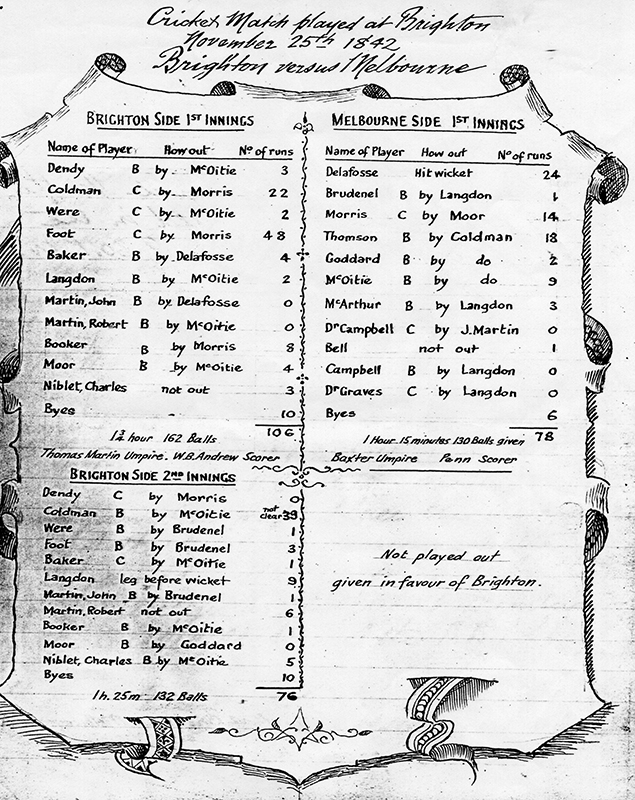 The Melbourne team arrived at the Brighton pier on the steamer Vesta. The match was played on Dendy’s estate. ‘Tents had been pitched and a cold collation abundantly spread for the entertainment of the party’, a spectator observed. It was ‘a grand occasion’, as befitted what would become a long-standing rivalry between the two teams, and the beginning of a tradition that would see cricket matches become important social occasions with ‘sumptuous entertainment and champagne lunches’.  On this occasion The Herald’s prediction proved correct: in an unfinished match Brighton was declared the winner.

The match between the Brighton and Melbourne Clubs would become an annual event, with one or two exceptions when the country was at war. Brighton would repeat their success several times throughout this first decade, but the contest was by no means one-sided. A century later Melbourne Cricket Club decided to take revenge, and in a one-day match against Brighton, played on 21 March 1942, Melbourne won by 137 runs. 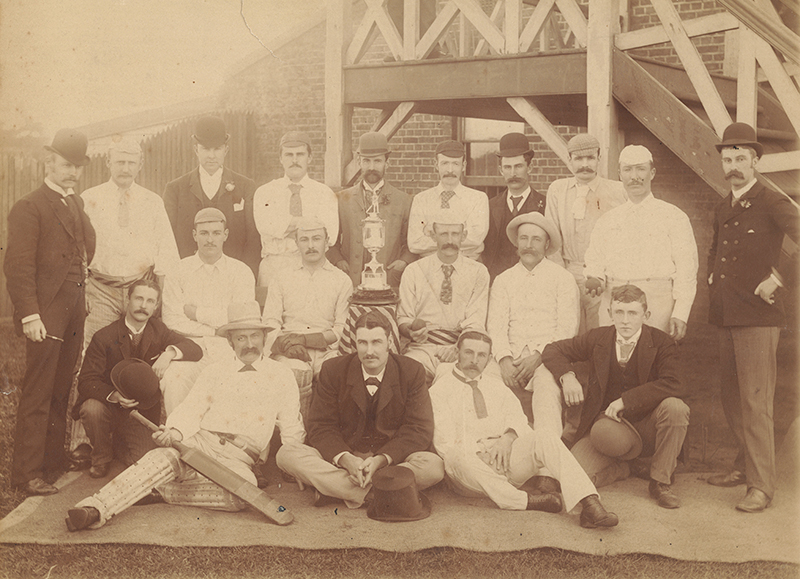 Although the Club was supported by several of Brighton’s most notable landowners, wealth and status were clearly far less important than cricketing skill. One of the stars of those early days was former carpenter and butcher, James Coldman, an all-rounder who had been one of Dendy’s immigrants. The Tradesmen’s Union and Geelong Cricket Clubs also found Brighton a worthy foe. In the words of Weston Bate,

There was something magical about the fervour and success with which the game was played in Brighton. Melbourne merchant and rural labourer, master, servant and village tradesman banded together in the Brighton Cricket Club to defeat all comers. (A History of Brighton, p. 139)

Henry Dendy served as president of the Brighton Cricket Club from 1842-3 to 1849-50, his cousin W. B. Andrew was secretary, and Joseph Bell, a dominant player who would later become the Club’s first life member, was treasurer.

Early in its life the Club had several moves, its first headquarters being the Coast Cricket Ground at the southern end of Elsternwick Park, where the earth was levelled, rolled and hardened to form a pitch.  In 1860 the Club transferred to Grundy’s Green in Male Street, between Durrant and Bay Streets, where top soil donated by Mr C.J. Allee helped to improve the pitch. Ownership of this land is uncertain: although both a Mrs Grundy and the ubiquitous Thomas Bent were believed to be connected with the land, neither name could later be found on the relevant titles. Bent was elected President of the Club in 1881, and in the same year this site became the Brighton Bowling and Tennis Club.

In 1883 the Brighton Cricket Club held a special meeting to consider acquiring a new ground. A committee set up for this purpose concluded that a suitable piece of land would cost at least £1500, with a further £500 needed to put it in order.

Brighton Cricket Club decided to stay where they were, until an opportunity occurred for them to join another club, the Brighton Terminus Cricket Club, based at the former Brighton racecourse. The racecourse, in its picturesque setting overlooking the sea at the end of South Road, was in full swing by 1845, when the first race meeting was held. But heat, dust and exposure to hot north winds made the setting less than idyllic for summer racegoers, while the awkward shape of the course restricted spectators’ view of the horses. Racing on the Brighton course declined in the late 1840s and early 1850s after the sport was established at St Kilda. 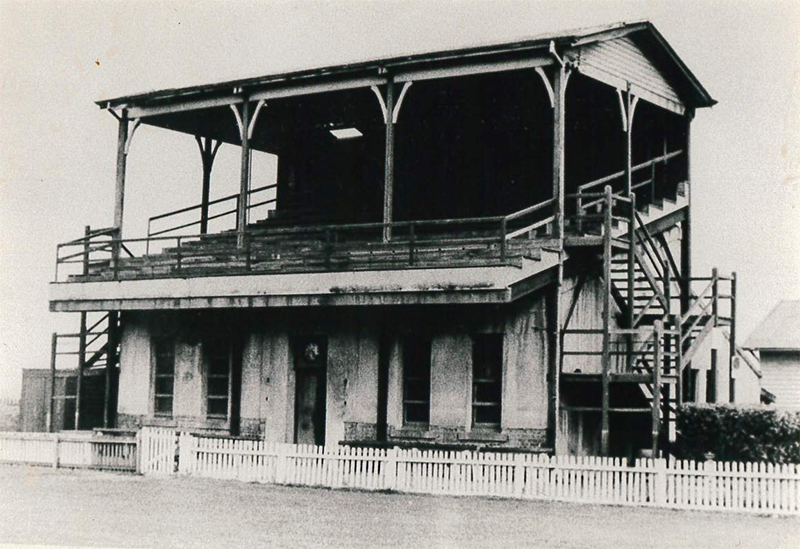 Brighton still aspired to join the District Association, but several criteria had to be met for membership. The criteria included an annual income of £100, and the club’s ground had to meet certain standards, including a high fence around the ground which would enable the club to charge an entrance fee. A successful garden fete in 1906 raised the necessary funds for construction of a suitable fence and other improvements to the ground, but this was not enough to admit Brighton to first grade competition.

Since these early days Brighton Cricket Club has gone through numerous cycles with the rise and fall of its cricketing fortunes. World War 1 meant disruption to district competitions and no matches were played between 1914 and 1917. Following the war Brighton had several successes with some outstanding players, including Robert Grieve VC. Sadly Humphrey Moule, a cricket player from Brighton Grammar whose family had been closely involved with the Brighton Club, did not return from the war.

Several future test players gained their early experience with the Brighton Club: names that stand out include Jack Iverson, Colin McDonald, Tony Gilchrist, and Shane Warne. Iverson played a significant role in the Ashes series hosted by Australia in the summer of 1950-51, helping Australia to win the series 4-1 by taking 21 wickets for an average of 15.23. 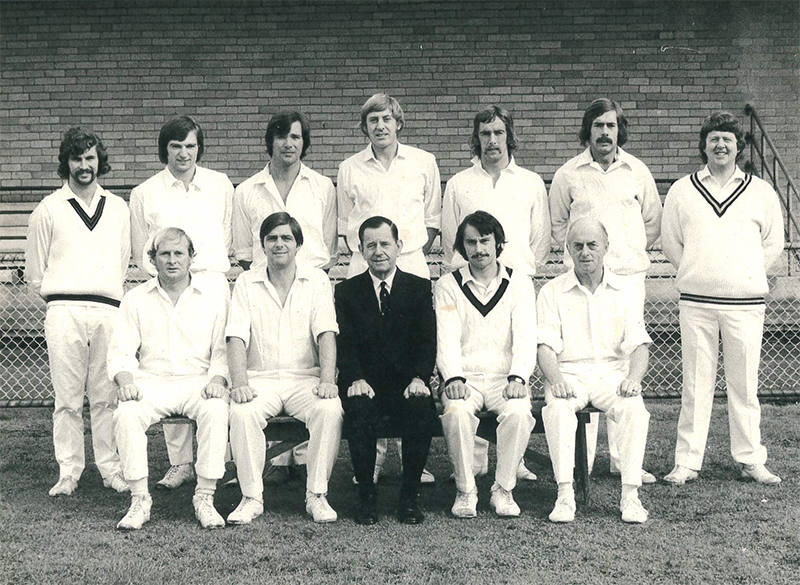 177 years after that first match with Melbourne, Brighton Cricket Club can look back with pride on its long history. But its future is not being neglected: an expanded program which includes junior teams – both boys and girls down to age 5, and the introduction of women’s cricket, is helping to ensure its long-term success.

A full history of the Brighton Cricket Club, A Famous Old Club by David King, was published in early 2018.